A grand jury returned a new indictment against Assange adding charges related to his alleged conspiracy with Chelsea Manning to solicit and publish classified government information.

WASHINGTON — The Justice Department on Thursday announced that Julian Assange faces 17 new criminal charges in the US for his role in an alleged conspiracy with former Army intelligence analyst Chelsea Manning to solicit and publish classified government information.

A federal grand jury in Virginia returned a new indictment that adds 17 charges to the single count that Assange was charged with in March 2018. The original indictment was sealed until Assange was arrested at the Ecuadorian Embassy in London on April 11.

The new charges include allegations that he violated the law not only by soliciting and receiving national security information, but also by publishing what John Demers, the head of the Justice Department’s National Security Division, described to reporters on Thursday as a “narrow subset” of documents that identified the names of individuals who were working with the US government, including sources in Afghanistan and Iraq.

Demers rebuffed arguments raised since Assange’s arrest that the WikiLeaks founder was being targeted for work as a journalist — Demers said this information put the sources at risk, and that no “responsible” journalist would publish it.

“The department takes seriously the role of journalists in our democracy and we thank you for it. It is not and never has been the department’s policy to target them for reporting. But Julian Assange is no journalist,” Demers said.

Barry Pollack, one of Assange’s attorneys, said in an email to BuzzFeed News that that “unprecedented” charges against Assange threatened all journalists.

“Today the government charged Julian Assange under the Espionage Act for encouraging sources to provide him truthful information and for publishing that information. The fig leaf that this is merely about alleged computer hacking has been removed. These unprecedented charges demonstrate the gravity of the threat the criminal prosecution of Julian Assange poses to all journalists in their endeavor to inform the public about actions that have [been] taken by the U.S. government,” Pollack said.

Assange is not facing any charges to date related to information that WikiLeaks published in 2016 that was stolen from the Democratic National Committee and Hillary Clinton’s campaign. The Justice Department is pursuing criminal charges against Russian nationals accused of carrying out those hacks and turning over the information to WikiLeaks.

In the latest indictment, prosecutors noted that WikiLeaks and Assange used to advertise that they would accept classified information; a footnote in the indictment says the group removed the reference to classified materials from its website around September 2010. In 2009, according to the indictment, the group had a section on its website called “Most Wanted Leaks” where they specified the types of information, including classified military and intelligence documents, that they were interested in getting.

During the first half of 2010, Manning downloaded four databases that included hundreds of thousands of documents, including “secret”-level classified materials — the cache she turned over to WikiLeaks included “significant activity reports” related to the wars in Afghanistan and Iraq, Guantanamo Bay detainee assessments, and US Department of State cables, according to charging papers. She was arrested in May 2010.

Assange was originally charged with conspiring to commit computer intrusion, by allegedly working with Manning to obtain and publish classified military documents. The original indictment described alleged efforts by Assange to help Manning crack a password to access US Department of Defense computers; it wasn’t clear if they were successful. The new version of the indictment also charges Assange with aiding and abetting Manning in obtaining national security information from the Defense Department without authorization, unlawfully receiving this information, and publishing it.

Prosecutors have accused Assange of actively encouraging Manning to steal classified information. When Manning appeared to tell Assange in March 2010 that she didn’t have any more classified documents to give after handing over the Guantanamo Bay information, Assange allegedly said, “curious eyes never run dry in my experience,” which prosecutors said was meant to urge Manning to keep looking. Over the next few months, prosecutors said Manning would go on to provide the “significant activity reports” and State Department cables.

The information that WikiLeaks published included the names of local Afghans and Iraqis who gave information to US and international coalition forces, as well as other US government sources, including “journalists, religious leaders, human rights advocates, and political dissidents,” according to the indictment. Prosecutors noted that the New York Times reported in the summer of 2010 that the Taliban were studying the WikiLeaks documents to learn about informants.

“By publishing these document without redacting the human sources’ names or other identifying information, ASSANGE created a grave and imminent risk that the innocent people he named would suffer serious physical harm and/or arbitrary detention,” prosecutors wrote.

Assange has been in London since his arrest. He’s serving a 50-week sentence after a judge in the UK found him guilty of violating his bail conditions while he faced allegations of sexual assault in Sweden. The United States has requested Assange be extradited to the United States, and Assange has vowed to fight that. Extradition fights can last months or years.

One sign that the Justice Department was considering additional charges against Assange was the fact that Manning was subpoenaed to testify before a grand jury in Virginia, and she confirmed that prosecutors wanted to ask her about her role in leaking documents to WikiLeaks in 2010. A military court found Manning guilty in 2013 of violating the Espionage Act, among other crimes, and she was sentenced to 35 years in prison. Former president Barack Obama commuted her sentence in January 2017.

Manning has refused to testify, and a judge has ordered her jailed until she complies, or until the term of the grand jury expires. She was briefly released when the original grand jury she was subpoenaed to appear before expired, and then re-jailed on May 16 when she again refused to comply with a subpoena. Manning told the judge at the time she would “rather starve to death” than testify.

Asked on Thursday if Manning had changed her mind and cooperated with prosecutors, a Justice Department official said that she remained in jail — implying that she continued to refuse to testify. 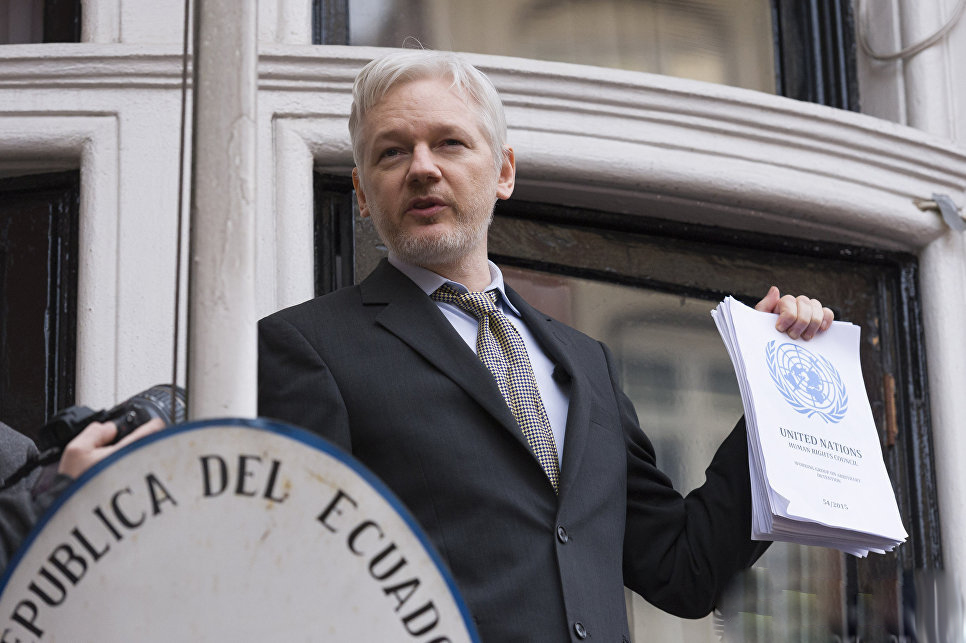