The Twittersphere had just stopped trolling Donald Trump & Emmanuel Macron over their tree-planting ceremony when it went nuts again – this time after the oak planted by the leaders reportedly vanished from the White House lawn.

Photos released by Reuters on Friday evening allegedly show a perfect yellow spot where the tree planted by the presidents on April 23 once stood on the South Lawn of the White House in Washington. The oak sapling, which the French leader brought from a historic battlefield in Europe, seems to have vanished.

Since there has been no official statement, the reason is unclear. People on Twitter started with simple explanations, saying that the oak “might have hidden” in a nearby forest.

Others said it might have simply been a joke or that the gift from Macron was “dead.”

People also drew parallels between the alleged disappearance and the true face of politics. “Talks, staged [actions]… and zero result in the end,” one person wrote.

Another added that the incident illustrates the attitude of political leaders towards global warming. “Green in front of the cameras, quite opposite in real life.”

France Info wrote that autumn is the best time to plant an oak, so the tree might be kept somewhere else for now. We may get the answer this October, the radio network said.

The tree-planting ceremony has been fiercely mocked by the Twitterati. Some tweeted that it looked like the two leaders were “burying a body,” while others said that the “corpse” actually was that of American democracy.

Some people on social media say that the tree was a nod to Trump’s alleged anti-environmentalist stance and to his pulling out of the Paris climate change agreement. 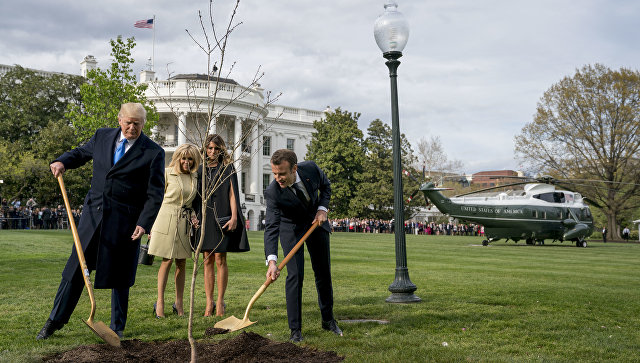 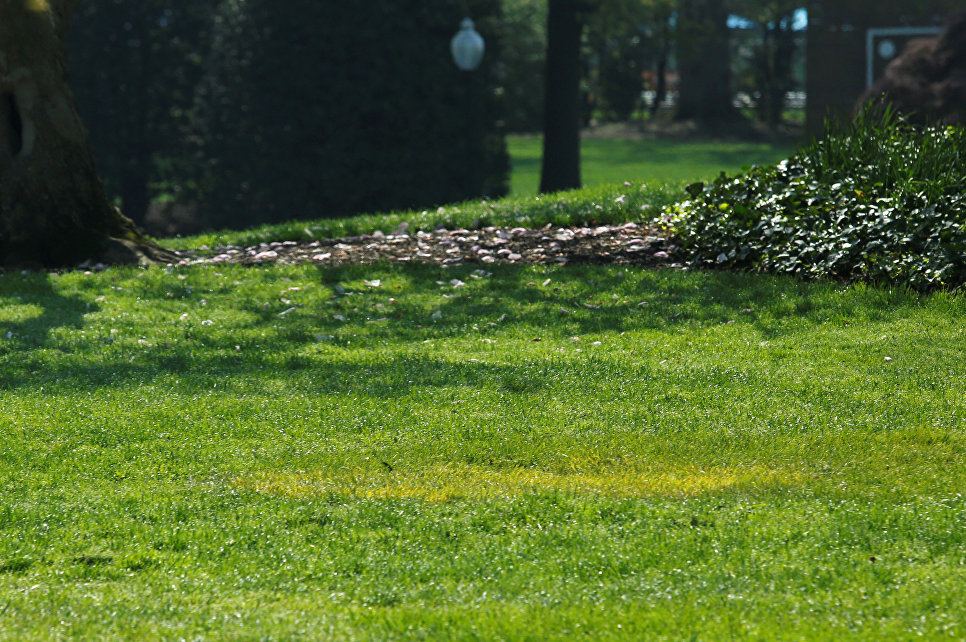