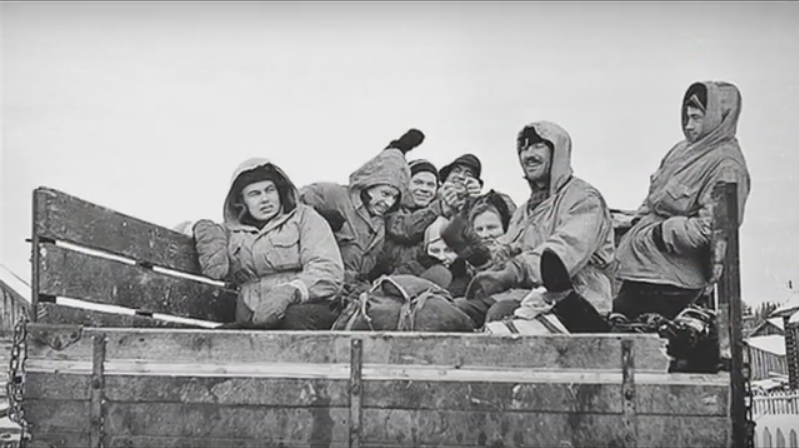 Deep in the mid-winter of 1958/59, a low-ranking army officer in a remote region of the USSR receives a phone call informing him that a group of hikers has failed to return from an expedition. He is asked to lead a search. His team arrives by helicopter on the exposed slopes of Otorten Mountain (Dead Mountain) and eventually discover a tent partially covered in snow. It is empty. Apart from a rip in the side of the tent, nothing looks disturbed or unusual. Most of the group’s clothing and all of its outdoor gear is there. In that barren environment, with the nearest dwelling miles away, what reason could the hikers have had to leave the protection and warmth of their shelter? The searchers discern tracks of nine people going away from the tent and none returning. They follow the tracks and soon find the first bodies.

The missing group of hikers were university students from Sverdlovsk, central Russia. Hiking and skiing was a popular recreation in mid-century USSR, enjoyed by members of all professions and both sexes on an equal basis. In January 1959, a team of seven men and two women, all aged between 20 and 24, set out on an ambitious trek in the sparsely populated Ural Mountains. They were led by an experienced hiker and skier, Igor Dyatlov. All had experience of climbing, hiking and snow travel. The team members knew each other well and had previously undertaken expeditions together. They were well equipped and planned their route in advance.

When they arrived in the region, they met an older hiker who asked to tag along. He was an army veteran who had planned to ski in the area and had found he could not coordinate with his own group. The students agreed to let him join them. Just before the final leg of the expedition, Yuri Yudin had to withdraw due to a painful attack of rheumatism. He decided to return and said goodbye to his nine companions. Yudin was the only member of the party to survive.

The party entered the wilderness and never returned.

As searchers discovered bodies, each find deepened the mystery. The bodies of the hikers were widely dispersed and all were poorly dressed. Only one had a hat and all were missing shoes. Two students were found at the treeline, frozen beside the remains of a camp fire made of cedar branches pulled from a tree. They had died of hypothermia yet there were unburnt branches next to them. Some of their clothes had been cut. Other hikers seemed to have been attempting to return to the tent when they died. Five bodies were found but deep snow and absence of tracks hampered the search for the remaining four hikers. There was no hope of finding them alive.

Investigators studied the hikers’ diaries and photographic film in their cameras. It seems the expedition was a model of its kind. Dyatlov was a stickler for discipline and the expedition had followed guidelines to the letter, keeping meticulous records. On their last day the hikers had experienced bad weather and camped early near a ridge on the flanks of Dead Mountain. It was calculated that whatever had happened to the group must have taken place after dark, between the pitching of the tent and the evening meal.

Had the camp been attacked? There were local Mansi tribesmen who herded reindeer and hunted in the local forests. Perhaps an animal had attacked. Forensic analysis of the tent showed that it had not been ripped but cut – from the inside. What had so alarmed the students that they had slashed their way out of the tent in order to run out – half-clothed – into a moonless night of strong winds and drifting snow? It seemed incomprehensible to investigators that the group had considered it safer to run away from the camp rather than remain there.

When the May thaw came, the remaining four bodies were discovered, compounding the mystery further. In a snow-choked ravine four bodies were gathered on and near a bed of matted branches and with loose items of clothing nearby. They were marginally more warmly clothed than the others, but all lacked shoes. Autopsy revealed that three of them had sustained life-threatening, blunt-force trauma injuries. Some of the clothing was radioactive. Relatives later described the bodies as having orange skin and grey hair. The authorities closed the investigation as unsolved and made efforts to ensure that the incident did not get wide publicity. By this time there were eye-witness reports circulating of bright, unexplained lights seen in the night sky.

The mystery of Dyatlov Pass (as the mountain pass came to be named, in honour of the group) has lasted decades, lately gaining worldwide attention online. The suppression of files by authorities has been interpreted as evidence of a cover-up. That is hardly a persuasive line, as the USSR was a secretive police state where the concealment of problematic (and even mundane) information was standard procedure. It seems that all of the Dyatlov files have been released through official and unofficial channels since the late 1980s.

Intoxication of the autopsy report doesn’t make sense. It says alcohol was detected and again that it wasn’t. I’m inclined to think they were sober — no empty bottles found at the site. One small flask that was full. The 10th member — the one who got sick and turned back — specifically mentioned they didn’t have any alcohol.

The most outlandish hypothesis to date was that proposed in a June 2014 Discovery Channel “documentary” called (spoiler alert!) Russian Yeti: The Killer Lives. This is from the press release announcing the show’s first airing:

According to the Discovery Channel, the Dyatlov group met their deaths at the hands of a Yeti, also known as the Abominable Snowman (or, if you prefer, Bigfoot’s Asian cousin).

That something, Libecki naturally concluded, could only have been a Yeti. As further evidence, he presented an alleged photo of the Yeti.

As well as version; The Avalanche Hypothesis. The Infrasound Hypothesis. Fireballs in the Sky.

And here is the most truthful; 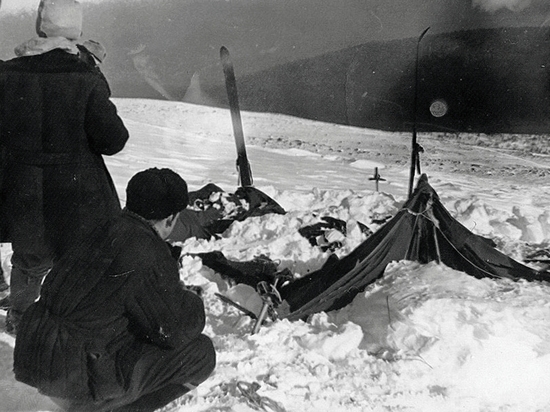 ЕКАТЕРИНБУРГ, 11 июл 2020 — РИА Новости. The Prosecutor General’s Office concluded that the death of tourists on the Dyatlov Pass in the Northern Urals in 1959 caused an avalanche.

Kuryakov noted that the documents collected in the framework of the criminal case in 1959 were enough to «most likely» determine the reason for what happened with the tourists at the Dyatlov pass.

The prosecutor’s office worked out 75 versions of the death of the group. Nine of them were identified, among which were incidents with «flying objects» — luminous balls, missile tests, a nuclear explosion, a hurricane, seismic phenomena in the Northern Urals, a deception of one of the tourists who pretended to be Zolotarev, an avalanche. 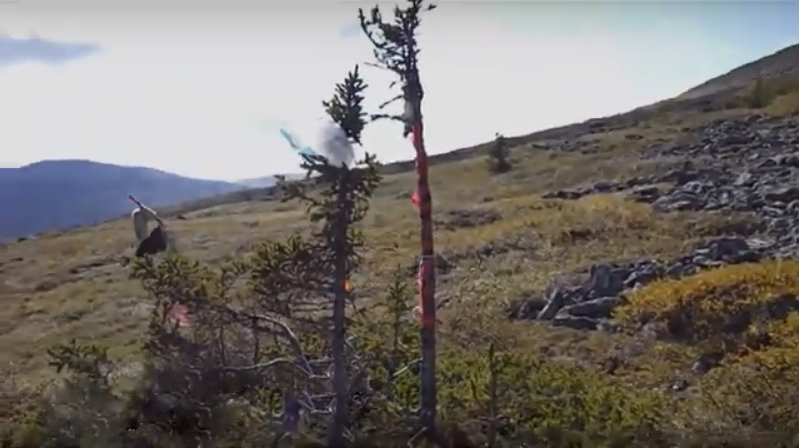 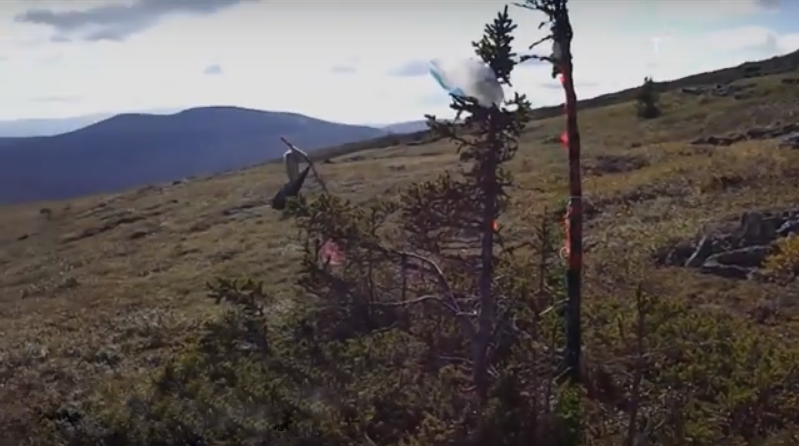 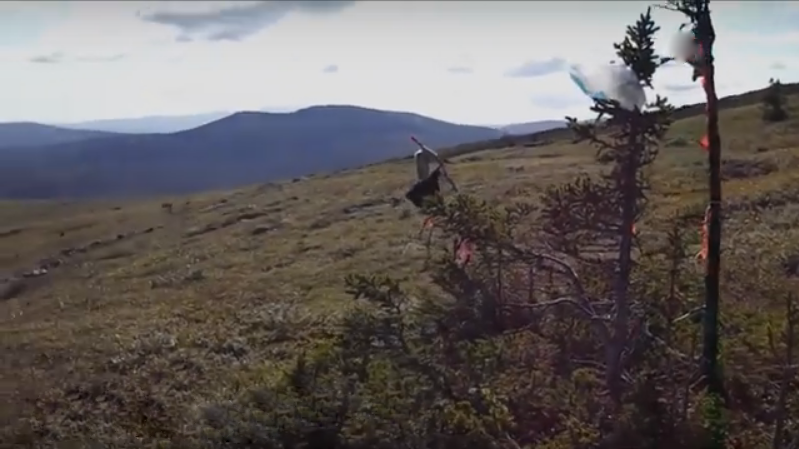 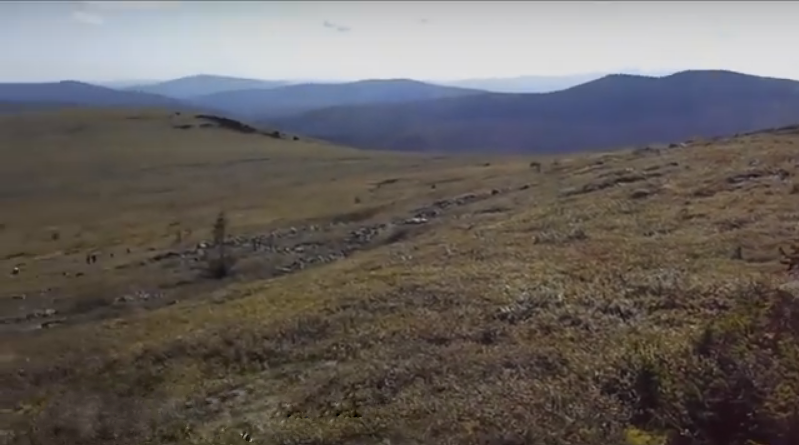 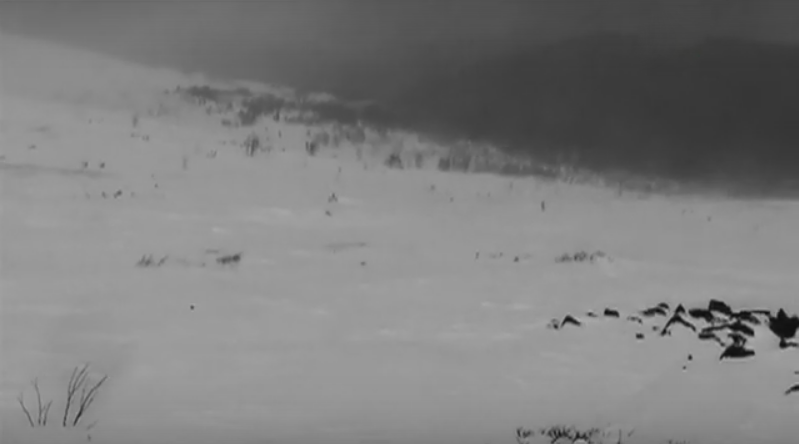 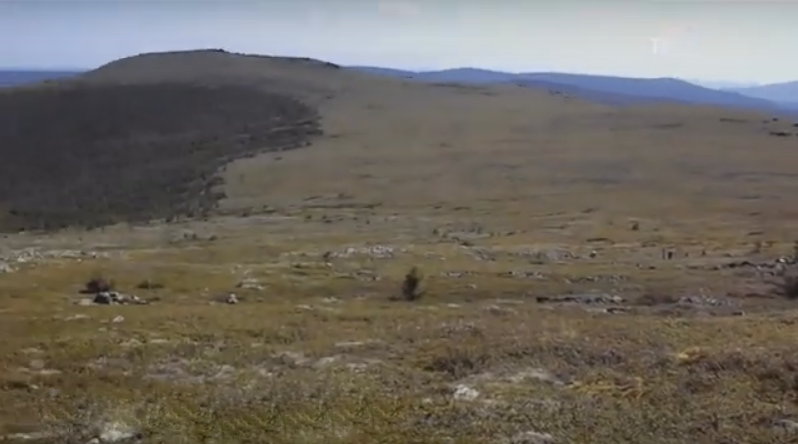 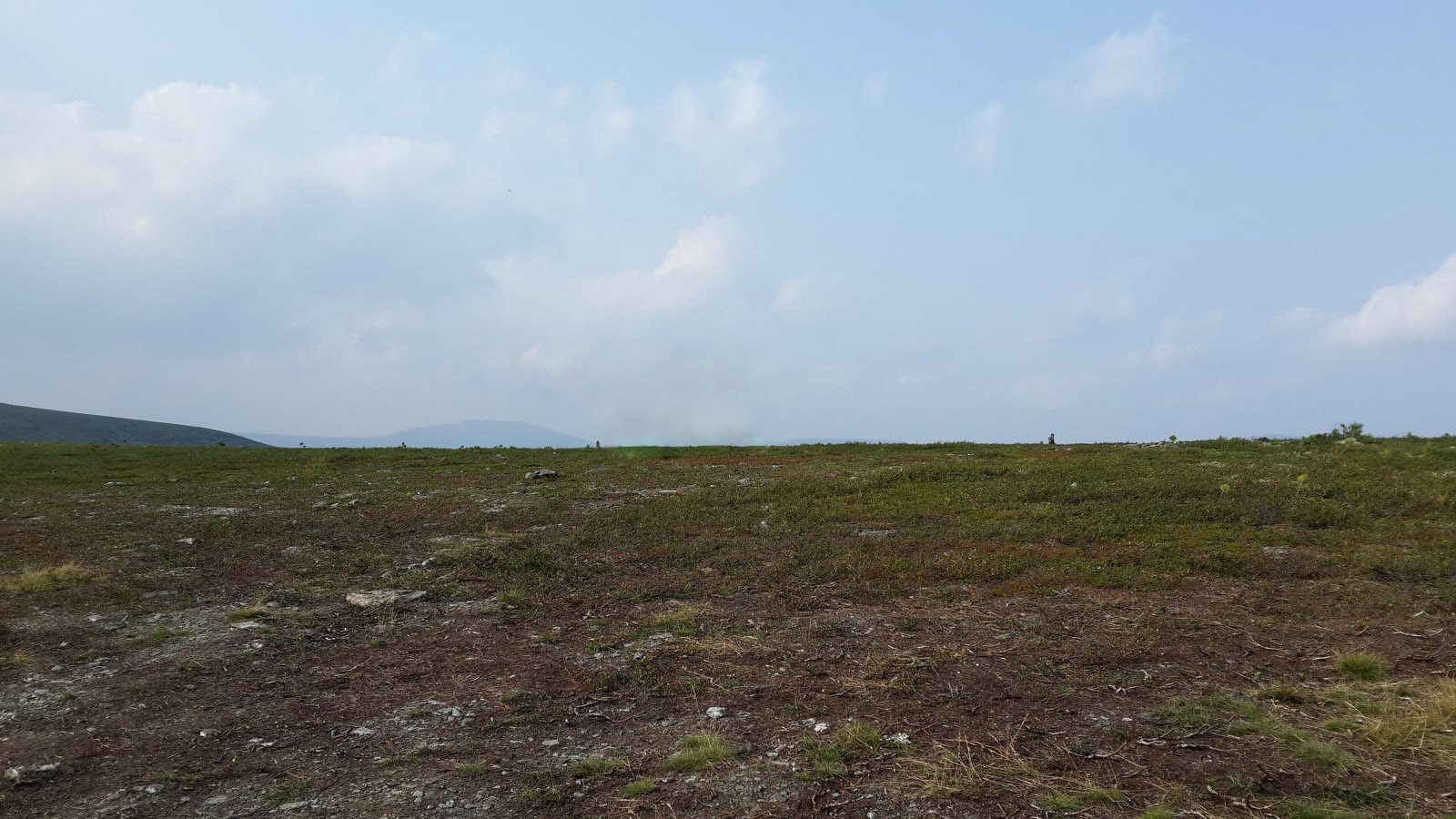 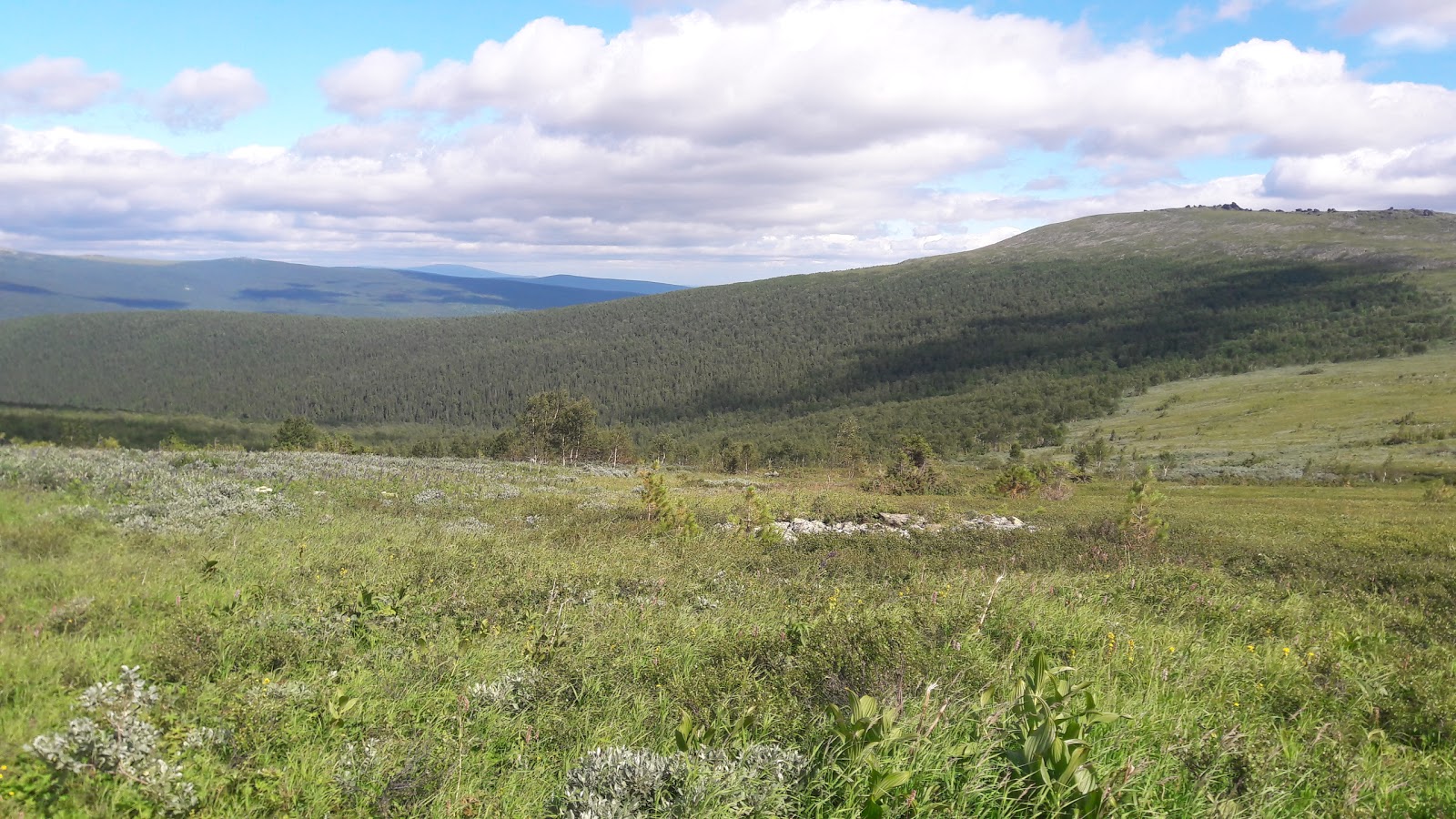 Криминал Comments are Off